Perhaps the most nationally recognized devotee of Saint Jude during the last half of the 20th century was Danny Thomas. 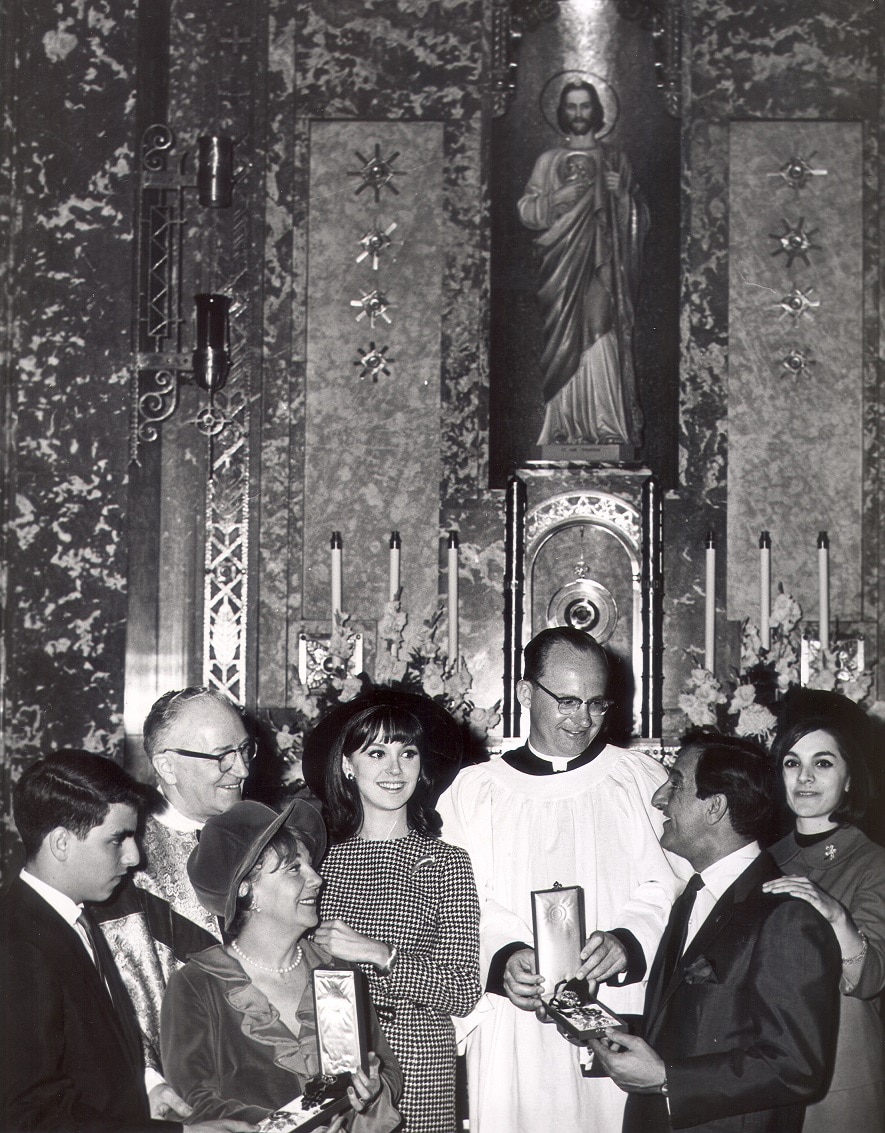 "Thomas began talking about his devotion to Saint Jude and how he believed the saint had helped lift him to prominence in his career. ‘It was like a miracle, the way it happened,’ he said. ‘You believe in miracles, don’t you?"

How St. Jude Came to Chicago by Jack Kuenster

Once a little known nightclub entertainer, Thomas soared to countrywide popularity as the star of the television show “Make Room for Daddy” from 1953 to 1964.

Thomas never hid his attachment to Saint Jude, and origins of that devotion date back to the spring of 1940 when Thomas first heard of Saint Jude from a stagehand in Detroit. The stagehand told him his wife had made a seemingly miraculous recovery from cancer, and that recovery, he insisted, came through his prayers to Saint Jude.

At the time, Thomas was struggling to make a go of it in show business. He had done some radio and nightclub work, having gone to Detroit from Toledo, Ohio, where he had grown up in a large family and had changed his name from Muzyad Amos Yakhoob to Amos Jacobs. He was averaging about $45 a week, and when his wife, Rose Marie, delivered the first of their three children, he knew he needed help. So, remembering the stagehand’s profession of faith, he began making short prayers to Saint Jude, asking for the saint’s intercession “to show me my way in life.” He prayed for strength to succeed in his profession and promised he would “do something big” in Jude’s name if he managed to gain a measure of economic security. 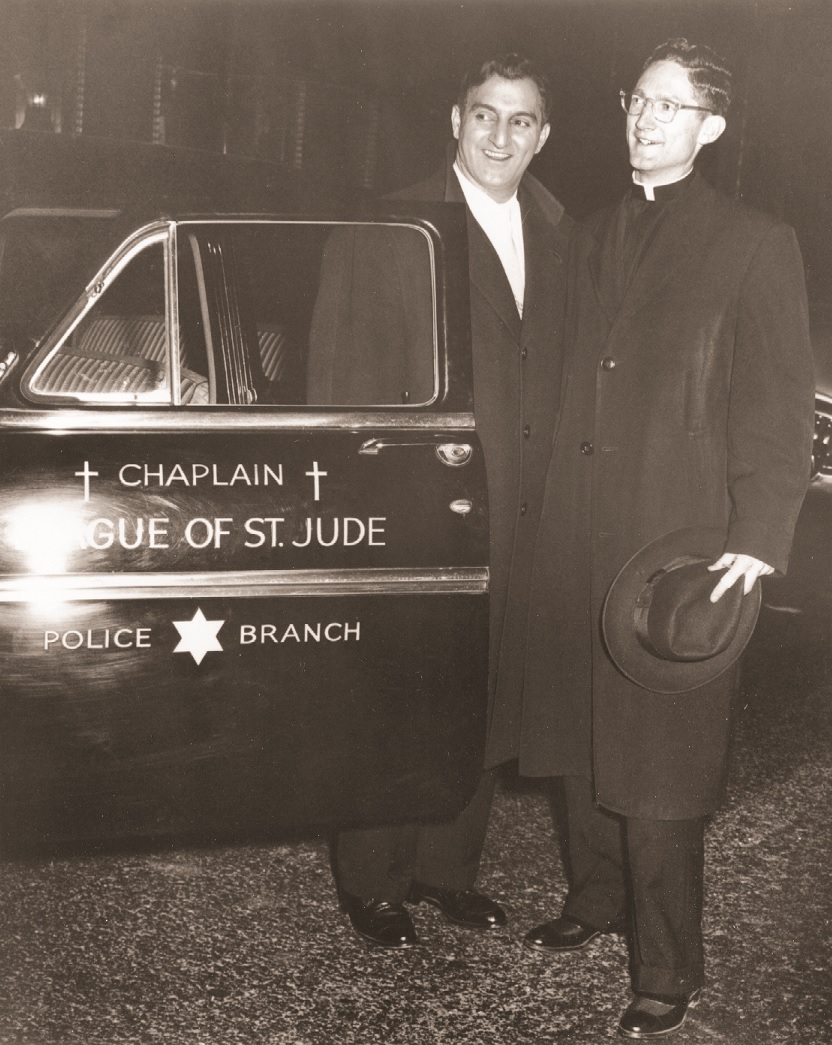 Before long he traveled to Chicago, where he landed a $50-a-week job doing radio commercials. Shortly thereafter, talent agent Leo Salkin booked him into the 5100 Club on the city’s north side for $75 a week. At that juncture, he again changed his name from Amos Jacobs to Danny Thomas. He soon became a nightclub sensation, earning $500 a week and drawing customers from all over the city to listen to his outrageously funny stories, which he told in different dialects while deftly skewering human vanity and stupidity. And, although he had his audience laughing uproariously, he never resorted to using vulgar language.

His lengthy night shows on Saturdays ran far into the morning hours, and when he was finished, he went to 6 a.m. Mass at St. Clement Church on his way home. It was at the church one day that he noticed a leaflet on a pew. He read the leaflet and learned about a solemn novena to Saint Jude that was then held four times every year at the National Shrine of St. Jude at Our Lady of Guadalupe Church on the far southeast side of Chicago.

It was the first he knew that St. Jude’s home was in Chicago. In reading about the Shrine he realized, in the midst of his newly-found professional success, he had completely forgotten his earlier prayers and promises to Saint Jude. While renewing his devotion to the “forgotten apostle,” he planned on somehow showing the church appreciation for his prayers being answered.

Thomas’ life changed dramatically again a few weeks after that. His agent persuaded him to take his comedy routine to New York City, where he was booked into the Club Martinique. From that point on, he moved into the entertainment world’s big time. After USO tours in both Europe and the Pacific, Thomas was engaged to perform at New York’s Roxy Theater at $3,750 a week. He later performed in the most popular nightclubs from coast to coast, broke into movies, playing in “I’ll See You in My Dreams” and “The Jazz Singer” and finally, starting in 1953, he achieved his greatest fame through his starring role in the long-running television comedy series “Make Room for Daddy.”

Thomas’ “big gift” to St. Jude included devotion through the National Shrine of St. Jude and the Claretians in Chicago, and ultimately the world-famous St. Jude Children’s Research Hospital in Memphis, Tennessee.