St. Jude is the Patron Saint of Hope and impossible causes and one of Jesus’ original twelve Apostles. 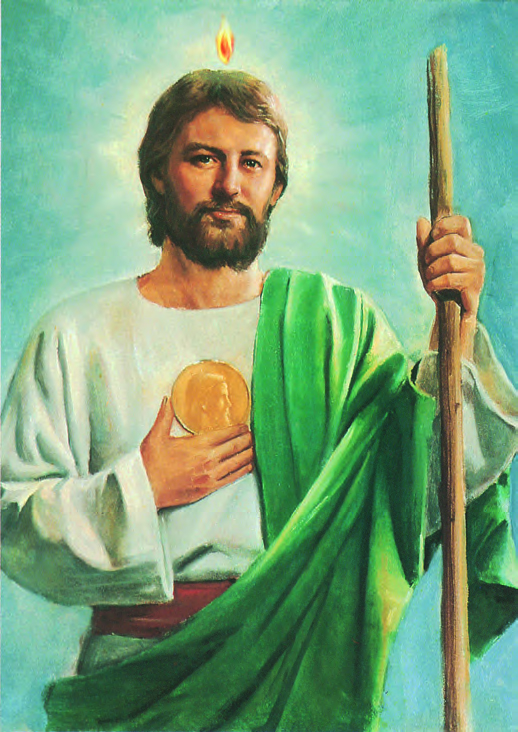 He preached the Gospel with great passion, often in the most difficult circumstances. Through the power of the Holy Spirit, he made profound differences in people's lives as he offered them the Word of God. The Gospel tells us that St. Jude was a brother of St. James the Less, also one of the Apostles. They are described in the Gospel of Matthew as the "brethren" of Jesus, probably cousins. St. Jude is often confused with Judas Iscariot who betrayed Jesus.

"But you, beloved, build yourselves up in your most holy faith; pray in the Holy Spirit. Keep yourselves in the love of God and wait for the mercy of our Lord Jesus Christ that leads to eternal life." 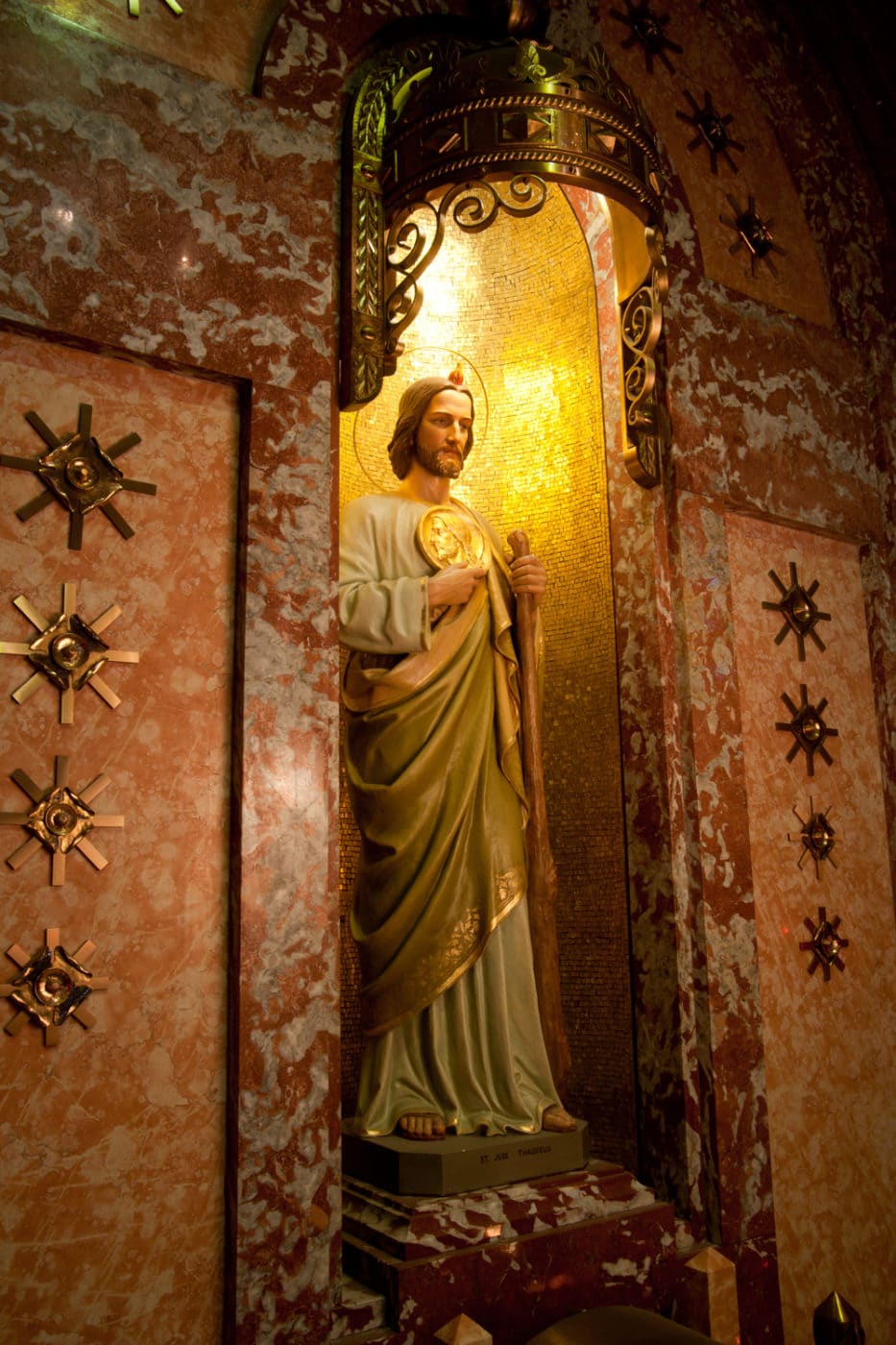 St. Jude is traditionally depicted carrying the image of Jesus in his hand.

This recalls one of his miracles during his work spreading the Word of God. King Abagar of Edessa asked Jesus to cure him of leprosy and sent an artist to bring him a drawing of Jesus. Impressed with Abagar's great faith, Jesus pressed His face on a cloth, leaving the image of His face on it. He gave the cloth to St. Jude, who took the image to Abagar and cured him.

After the death and resurrection of Jesus, St. Jude traveled throughout Mesopotamia, Libya, and Persia with St. Simon preaching and building up the foundations of the early Church. St. Jude died a martyr's death for his unwavering faith. His body was later brought to Rome and placed in a crypt under St. Peter's Basilica.

Learn About a Novena